Footwear has always been a basic essential

A Different Type of “Scotching” this Christmas – Glengoyne

Uisge Beatha, the Gaelic term commonly undersrtood as the “water of life”,

It was one day but a year in the making by Dappertude Founder Johnny Li, so to say it wasn’t the most favoured day of the year so far is an understatement. The excitement to see Australia’s most dapper gentlemen network and inspire each other to be more than just well-heeled gents but also classy inside and out.

After the success of The Dappertude Seminar in Sydney last year, The excitement of The Annual Dappertude seminar 2017 was held at the beautiful Collins Quarter in Melbourne. An event where we invite all gentlemen to “come and be educated, inspired, and network with some of Australia’s leading brands and sartorial influencers. Be guided onto the Dapper Path”

The event was filled with Social Media influencers, fashion journalists, brands like Calvin Klein, Joe Black, Bared Footwear, George & King and others as well as plenty of astutely dressed gents from South Australia, NSW and even as far as Norway to partake in this incredible experience.

To start with, Collins Quarter was the perfect place to hold the event. A Victorian-era theme runs through the venue with plush lounges and a well-stocked bar to sate the thirst of all the guests there. The weather was a little downcast at the start of 10 am, but plenty of courtyard for brands and folks to mingle with the main workshops held upstairs as the main speakers for the day with a wall of spirits behind them made it the perfect place for the Dapper gentlemen.

In the morning, we see all sorts of accessories decorated on suits aplenty like paint and shades on a canvas. Many sporting pocket squares, silk scarves, lapel pins, tie bars and ties in all sorts of designs, colours and shapes to distinguish each individual with his own unique style.

Of course, congregations like these mean the perfect opportunity for beautiful photos as the attendees lined up for Australia’s own Pitti Umo photoshoot on the tramline against the urban backdrop of Melbourne. As the photographers descended outside to get as many snaps as possible, the gents did not disappoint, many smiling and confident in their own skin and suit as they posed, relaxed and in deep conversation with each other.

The brands weren’t far and were quick to jump in on the buzz that was generating and the momentum that was building amongst the crowd. Stalls were set up showcasing the wares of each company as the representatives on the day did their best to accommodate the dapper needs of all the attendees.

Not a single sales pitch was leveraged on the audience but rather a desire to educate and have genuine conversations stemming from a mutual appreciation for men’s style and how everyone there was just here to help grow and develop this sartorial culture as the brands sought to play an important and key part in all of this as they work with influencers and guests alike.

The photos didn’t end there but the crowd did move inside to begin the event as education is just as important as photos and also it was time for alcohol to be served. Our 3 main guest speakers for the day were Nickolas Britton from bespoke suit company George and King, Shira O’Sullivan, Gentsac Founder who shared her tips on grooming and finally, it wouldn’t be The Dappertude Event without myself, Dappertude’s very own Strategic Director Alan Hong who shared insights into why accessories make the biggest statement when dressing.

Nickolas was 1st up and his 3 top tips for suiting were the three F words which were all about Fit, Function and Fabric. Shira was next up who talked about how she started the company when the idea sparked as she was buying and looking for grooming products for her own husband. She mentioned dressing is only a part of a gentlemen’s character and that dieting, lifestyle and grooming should also be very much a part of their DNA which most would completely agree.

Alan, Dappertude’s new Strategic Director decided to share the origins and the history of where some of the most common accessories came from as we heard that items such as the humble pocket square, silk scarf and lapel pins all have regal, military and political purposes and origins. Even more, reason fit yourself out and accessorize.

As the day continued, some of Australia’s leading fashion influencers stepped up to offer their insights on what inspires all of them to intentionally choose what they wear each day which speaks volumes about their character and standing as fine gentlemen in Australian society.

The panel included Tri.edition, Steve Tilly and The Young Gent aka Stephen Kay who shared powerful personal testimonies as to how they all started, who helped influence them onto their own dapper path and why they continue to.

Tri was the first of the rank with an unorthodox but intriguing ensemble of drapes he was wearing as he shared his passion for forwarding leading or Avant Garde fashion especially stemming from European influence. Deciding to forgo the usual suit for drapes perhaps suggests an evolution in men’s dress that we may be previewing for the near future.

Next was Steve Tilly who talked about how he manages a young family and still has time for his passion of being an anchor of men’s dress with an Instagram following of over 100,000. Ultimately, it’s who he is rather than what he does that helps create a perfect balance of managing both parts of his life.

Then there was the Young Gent. As his handle suggests, he’s very much so and Stephen is in his final year of high school, yet, the way he holds and carries himself deceptively suggests he’s actually older, not necessarily in years but also in character and wisdom as well. Partly the suit but also partly as he shared his influence coming from the golden days of Frank Sinatra and Steve McQueen as these were gentlemen not just in dress but speech and class as well.

From the generosity of the brands, there were loads of prizes to giveaway on the day. All attendees were reminded to fill in their details when registering at the entrance to be in the chance for some amazing prizes. Prizes included a watch from Calvin Klein watches + jewelry (Worth $500), a made-to-measure suit from Joe Black (Worth $745), 5 x made-to-measure shirts from George & King (Worth $645), 5 x gift boxes from The Tie Collective (Worth $495), a satchel bag from All The Kings Men (Worth $345), a skin care pack from The Wayfaring Stranger Co (Worth $129.95), 2 x leather shoes from Bared Footwear (Worth $500), a gift pack from Gentsac (Worth $150), 5 x Bespoke Leather Ties from KimShu (Worth $795), 5 x pairs of socks from SoxHq (worth $75) and 4 x limited edition box set from Dappertude (Worth $160).[

Also want to make a mention of Sam, the Dapper Melbourne Man who hosted the event and helped facilitate the day by making the experience as smooth as possible, being a social influencer himself on sartorial elements in engaging all of our attention superbly.

Unfortunately, all good things must come to an end as we say goodbye to Melbourne 2017 with the event being rounded out with all-round applause for a job well done. In this world, there are ladies, men and then there are gentlemen. As they say, being a male is a matter of birth, being a man is a matter of age and being a gentleman is a matter of choice and so it was amazing to see so many Australian males make that choice.[

First, it was Sydney, then Dappertude came for Melbourne, Australia’s Fashion Capital and next as our Founder Johnny Li has said, the World; as we put Australia’s best foot forward in showing the highest levels of male sartorial dress.

A big thank you to

Photographers: I am Salazar, Joe Cheng, Marroniphoto, Styled by Sok

About the Author Johnny 25 posts
"Be confident in who you are no matter what race or body type you are and make use of accessories to boost your appearance"
johnny@dappertude.com
Prev
Hidden in the Valleys, Australia’s Prized Jewel – Wine 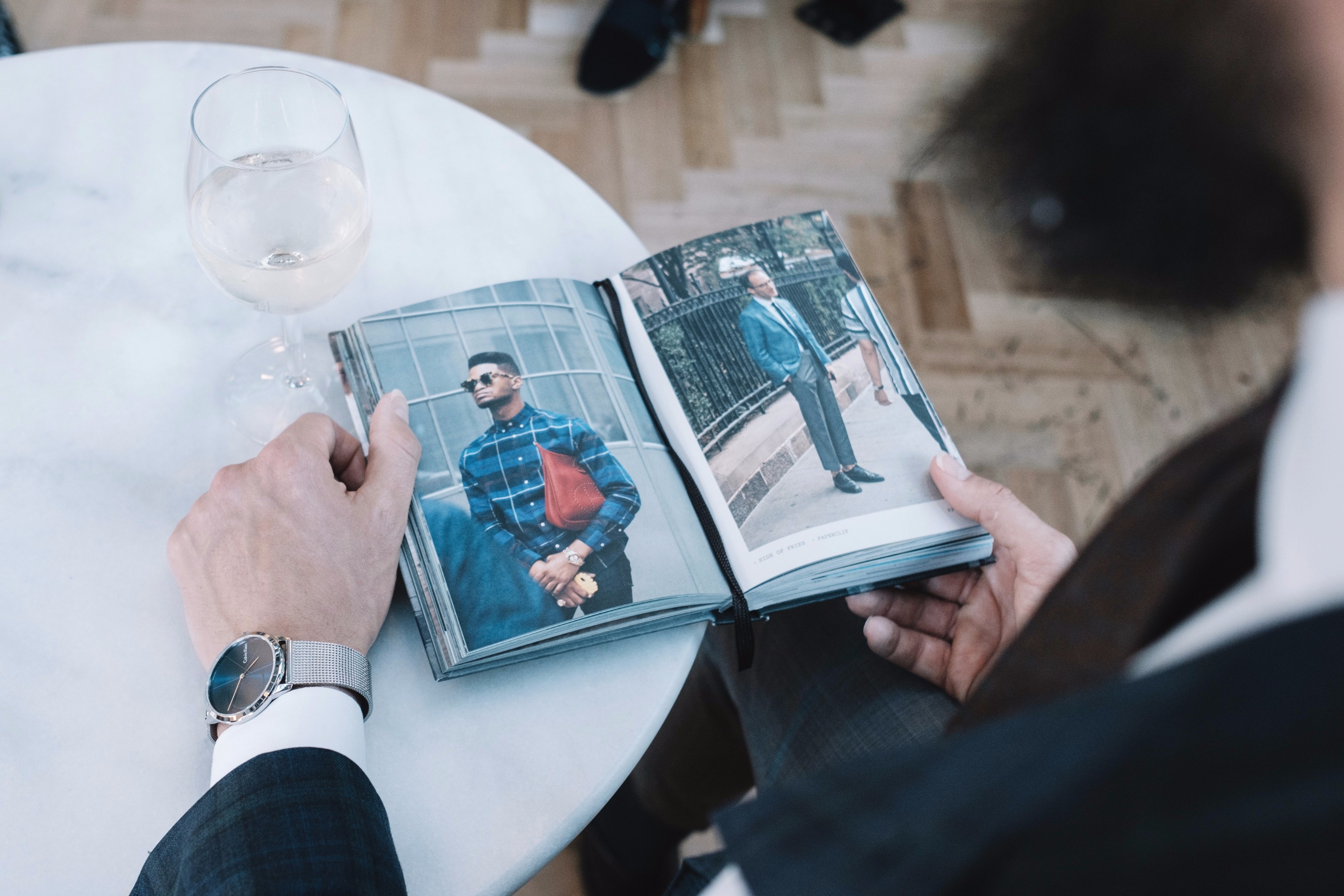 Pour, sip, and celebrate, as it is #AussieWineMonth!

Next
Not Your Average Furniture Showroom – Cocolea Furniture 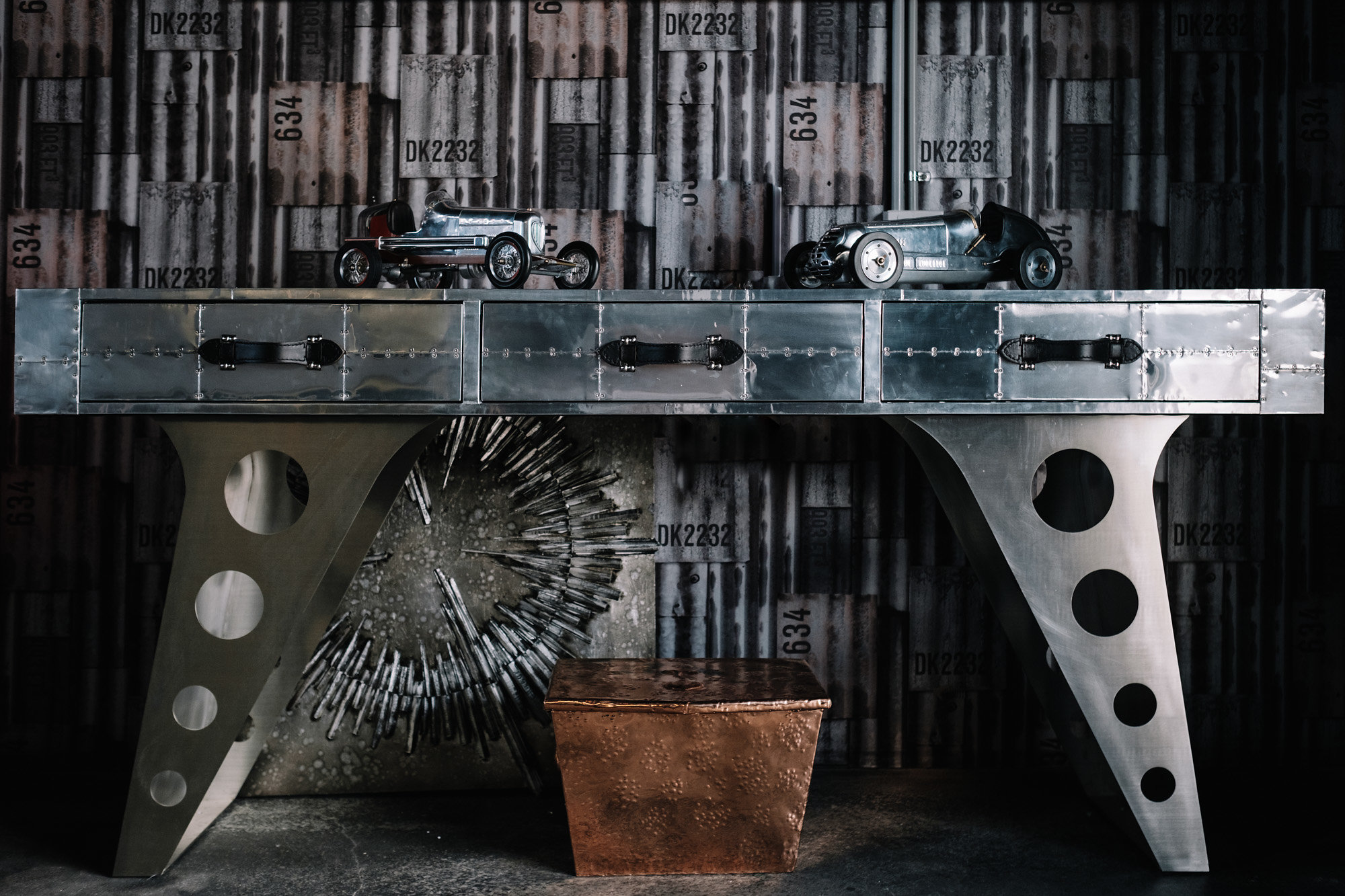 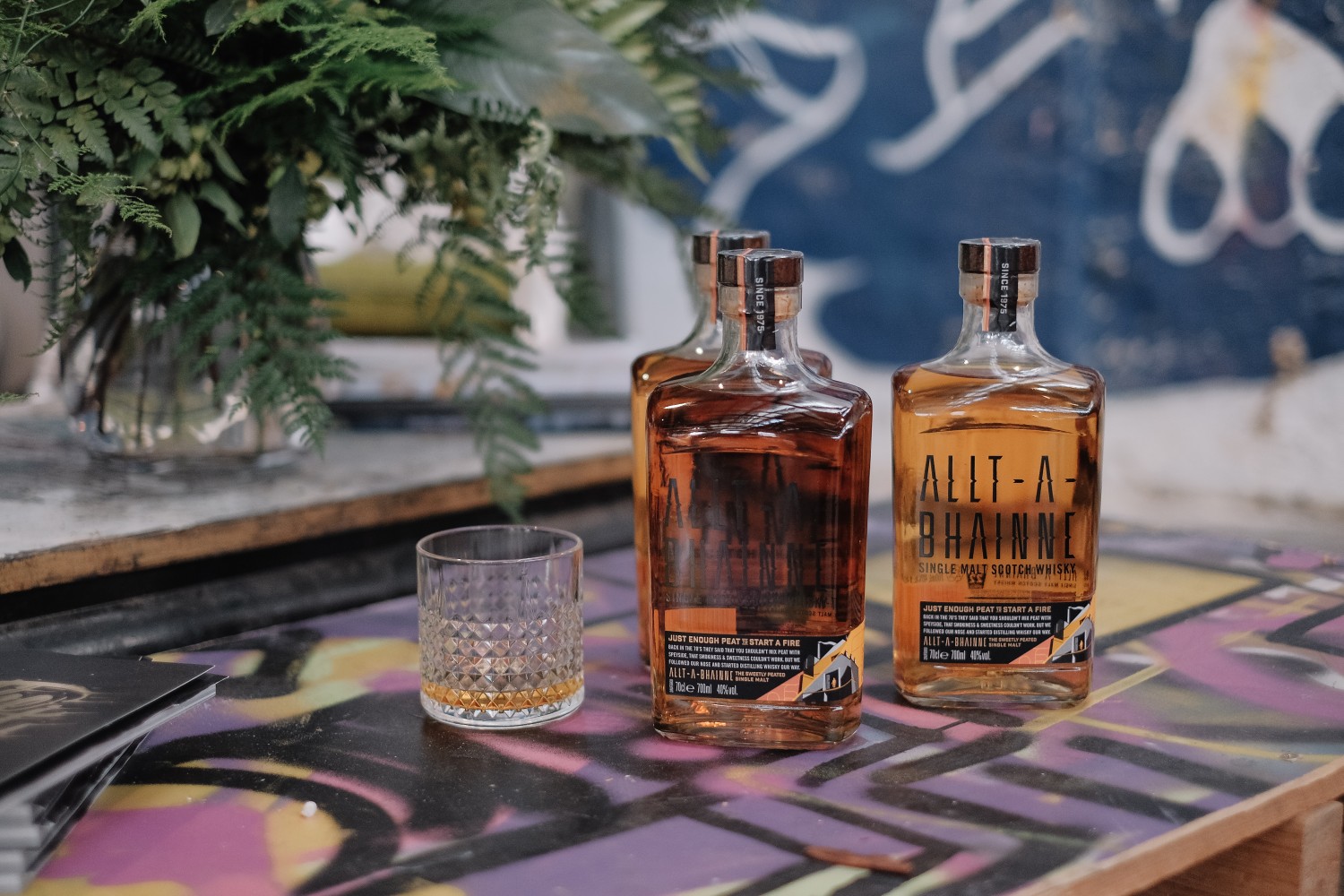 Let’s Get Risky With Whisky … Wait, no we mean FRISKY with whisky! 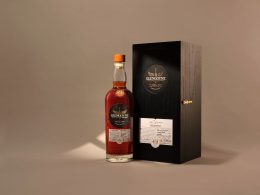 A Different Type of “Scotching” this Christmas – Glengoyne 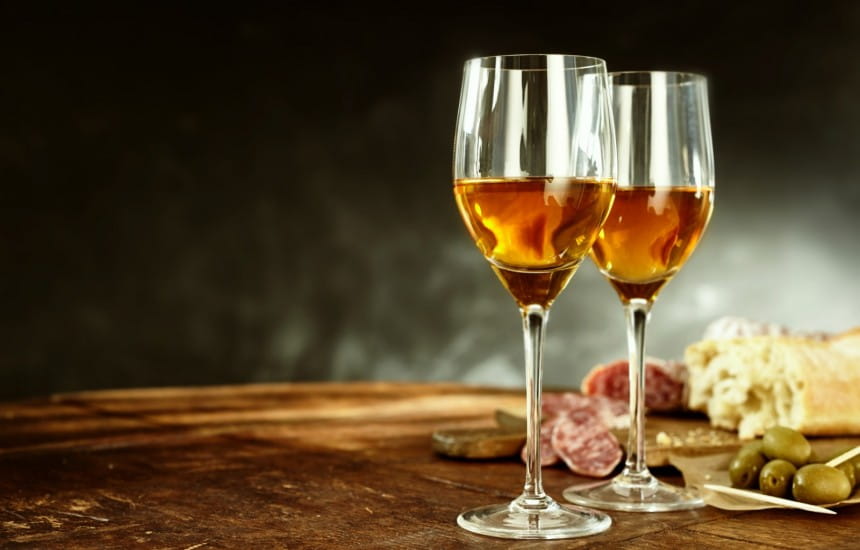 Do You Know Your Vino 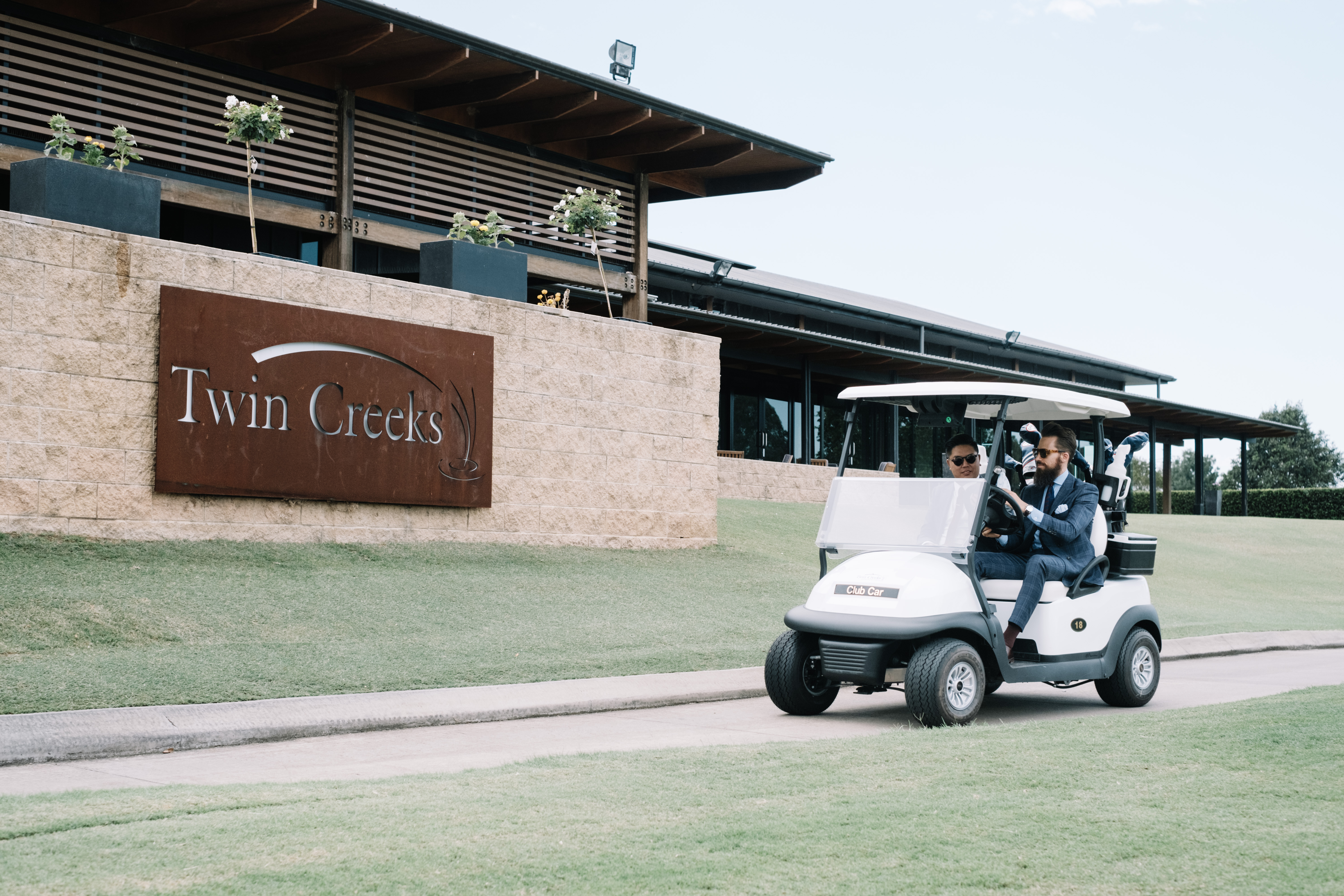