In just under two years, Steve Tilbrook, better known as SteveTillyStyle has gone from literally zero to one hundred through his social media following. Now known as one of the top male influencers in Australia with over 100K followers, we thought we would sit him down for a chat and find out a little bit more about the man behind the screen, along with giving us amateurs a few helpful tips to boost our Instagram profiles.

First, let us begin with the story of how it all came to be:

“I’ve always been a person that thinks that appearance and the way you dress is important to show others who you are. My grandfather was big in that respect too, he would always wear a tie and a shirt. He was a gentleman, I would say, so I always kind of lived my life similar to that. Once I got back into the workforce I was always wearing shirts and ties and suits every now and again. But then when I stumbled on Instagram two years ago, something took off inside me, I could see other people; the way they had their fashion and their style showing in their photos and it made me want to do the same; let my style out and show it to people and that’s kind of how it all started and evolved. I think it [my style] is growing now and changing and being refined everyday, everytime I see something that I really like and incorporate that into my look or just something that I think works well. I just wear it and most people tend to like it.”

Obviously, when you post daily and constantly curate your style, your style evolves. After two years Steve has gone from the selfie stick to professional photoshoots:

“I often go back and look at the old ones [Instagram posts] and think ‘what the hell was I thinking?’ But I think everyone has that in fashion and in general. You see those photos when you were a young kid and you got a rat’s tail or something, and you look back and go, ‘wow that’s interesting, but I think the same applies to the way style evolves in everyone, myself as well. I look back on some of my photos now and think, ‘oh I wouldn’t have done it that way or ‘that doesn’t go’ I think I just changed what I see as good style a little bit over time. Just the way you pair certain things together, colours and materials. I still probably think I over-accessorise a little bit and I think I used to do that a lot more, so I think I’ve kind of backed off a little bit on that.”

Reflecting on a career built from the ground up, it’s hard not to think back to when you first started to realise this could be something: “I suppose I still wonder that to a degree. I mean it didn’t really become a reality until the first few offers came up and I thought, wow this is really interesting that people would see this as such an influential way to get their products, designs, and styles out to the general public. So I’m still kind of a bit shocked by that, in a way.”

Stevetilly was also a guest speaker at our The Dappertude Seminar in Melbourne, read about it here

It’s easy to get caught up in the lavish world of being a professional Instagrammer, but Steve reminds me he still has his feet firmly on the ground: “In the back of my mind there’s always ‘it’s too good to be true’ and wondering when this [Instagram career] might not be there so it’s kind of like lap it up while it’s happening.”

No talk with an Instagrammer could be complete without getting their views on all the recent changes Instagram has gone through with new algorithms, potential shadow blocking scandals, and the changing culture of being a professional Instagrammer:

“I’ve heard big support of whether that shadow ban is actually a thing or not, I’m not too sure about that. I’m in a few groups with other influencers and bloggers, and everyone is very frustrated with how Instagram has changed the game. A lot of them show a lot of anger towards Instagram, and I try not to live my life with any anger in it. I try to be happy and positive, and I keep thinking to myself, that without Instagram I wouldn’t be in the situation I’m in now. You’ve got to adapt as well, everything changes, it’s always changing, so you have to apply another way to get engagement up. And that tends to be through engagement groups and a ‘like-for-like’ situation.”

It may be slightly shocking to hear a big influencer talking about a ‘like-for-like’ culture, so I decided to ask him a little more about the struggles of engagement and what success really looks like on Instagram beyond just simple numbers:

“Basically you’re saying it [engagement] is superficial, and that’s 100% right, and that’s a sad reflection on what Instagram has done with playing with the algorithms. Ultimately they’re just trying to make money out of it as a business for them and you get that approach but unfortunately, influencers are starting to look that way as well. There are lots more companies out there now that offer ways you can buy likes and buy followers and some people would do that because they feel robbed by the way Instagram has changed things. Back in the day I had a lot fewer followers and got heaps higher engagement and over time your followers keep growing and your engagement goes backwards. It looks bad because everyone thinks you’ve bought your followers because you don’t have the engagement whereas it’s just the case that the followers you do have are not seeing your photos anymore because Instagram’s playing around with things.”

Buying followers and likes can be a tantalizing taboo for many users, however, if you’re making a living off those analytics the price soon looks like a simple business expense, but at what social cost? “Exactly, and the sad part about that is, it’s obviously a bit fake. So companies are paying you for what they think is good engagement that’s going to get people buying products. It’s actually a false economy.”

While it may look like Steve simply takes photos of himself all day he actually has a full-time job, as well as a family with two kids. So what sort of time commitment does it take to be a professional Instagrammer?

“In the day I probably spend about two hours approximately on Instagram stuff. Whether that’s the preparation of an outfit the night before, taking photos on the outfit the next day and/or commenting and responding to things… and also emails. During my lunch breaks at work, I generally respond to emails and after work a little bit as well. So it’s probably two hours minimum a day. Then I work roughly eight hours and the rest is family time. At weekends it’s usually a shoot or product shoot or something for a couple of hours and the rest is family time.

Finally being the man everyone is talking about, I had to ask Steve to share some of his hot tips to boost your profile out of the ubiquitous sea of filters:

“I think the key is different content. Even in my space, I can see that a lot of people get bored of similar angle shots. So even if you’re changing up your look everyday and going out there, people still want to see different things; different angles, different shots. They definitely need to be high quality, you can’t put up grainy shots as they hardly ever get good engagement, and just being active is another one and careful use of hashtags. I’ve been doing some research, not necessarily on the biggest hashtags, so the idea is that if you’ve got a lesser hashtag that has not as many pages linked to it and therefore if your engagement on your picture is quite reasonable you’ve got a better chance of being at the top of that list. As opposed to, if you’re using hashtags that have millions and millions of photos, and your photo’s engagement is still decent but compared to others using the same hashtag is nowhere near them, you’re never going to get the top of those pages, only when you first do the post. And if it’s a big hashtag usually your post goes real quick.”

Q: Go to drink on a night out?

A: Start with beers, then cocktails

A: Don’t have time to watch TV

Q: One thing you can’t leave the house without?

Q: Something you wish you could do more of?

Q: Something you wish you did less of?

Q: Something that inspires you?

A: Seeing other people reach successes 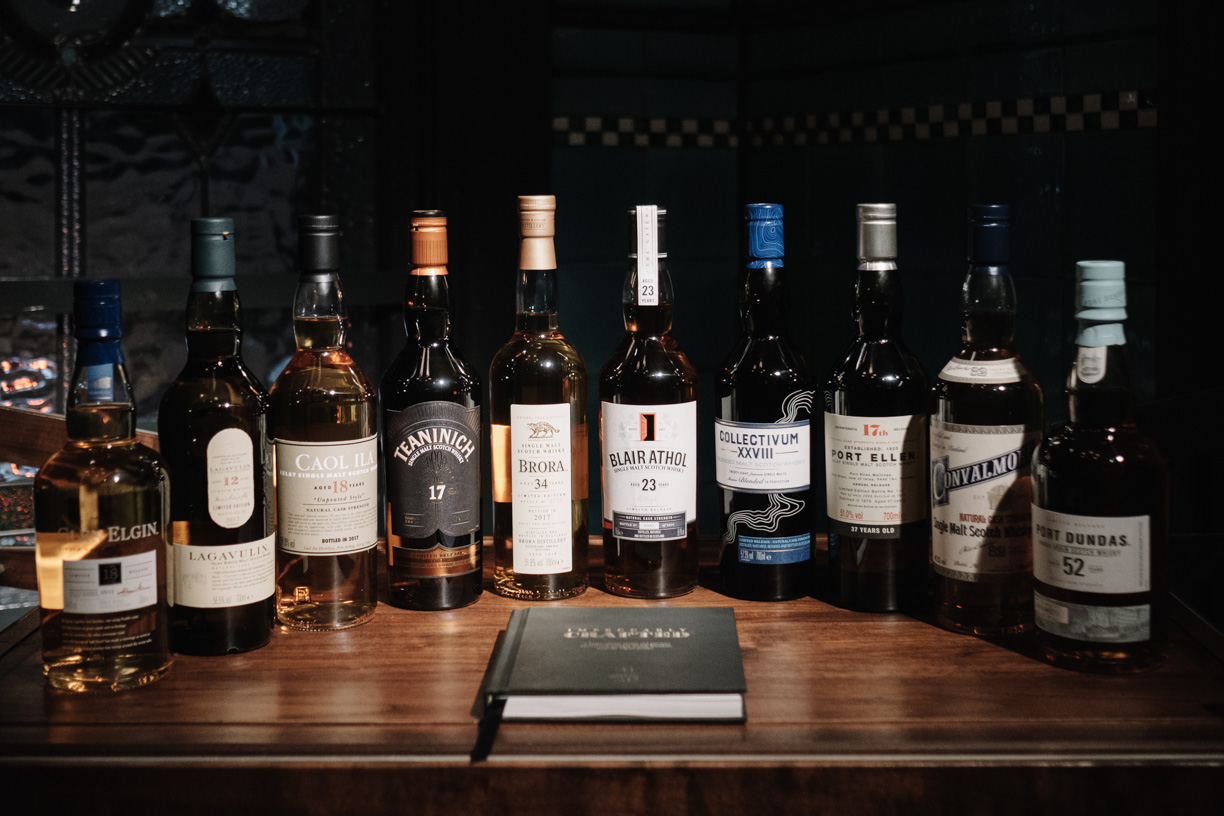 Whisky is growing in popularity in Australia, with the Scotch category alone

Next
Unlock The Code With The Glenlivet

Unlock The Code With The Glenlivet

Over the past few years, The Glenlivet distillery has released some mysterious